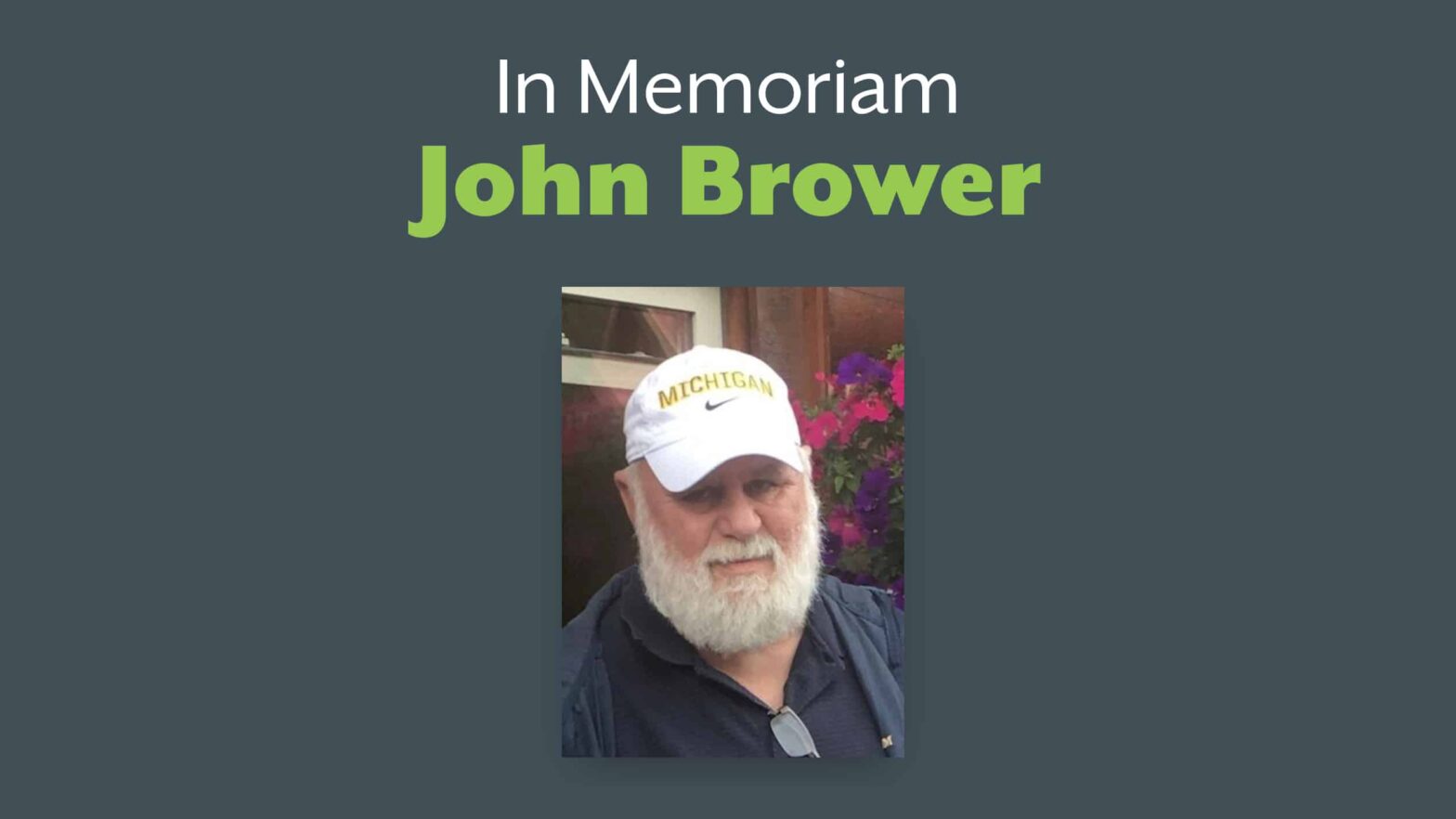 Our friend, mentor, special education advocate, and attorney, John Brower, Sr., passed away peacefully on Tuesday, July 27, 2021.  He was surrounded by his family.  John was a loving husband, father, grandfather, and friend to all who knew him.  He is survived by his loving wife of 55 years, Barbara; his son, John (Lianne) of Brighton, MI; his son Scott, of Denver Colorado; and his grandchildren, Jake, Alexis, and Luke.

For those that knew John, he was first and foremost a husband and father.  He loved attending his children and grandchildren’s sporting activities.  He was a true University of Michigan and Brighton High School sports fan.  While he enjoyed watching his children and grandchildren’s sports games, he was most proud of their educational accomplishments.  He enjoyed traveling with his family and made special memories during trips to the Florida Keys and Alaska.  In addition to traveling, he had an affinity and love for all types of animals, but especially for his four dogs, Thor, Sasha, Misty, and Wrangler.

John was a special person to many of us.  He was a great man and a trusted and loyal friend.  He vigorously represented his clients with compassion and dignity and was highly respected by his colleagues.  He spent much of his life helping others and giving back.  He will be fondly remembered and dearly missed.

A celebration of life is being planned for October in Brighton, Michigan.  In lieu of flowers, those wishing to make an expression of sympathy are asked to consider a donation in memory of John Brower, Sr. to the Autism Alliance of Michigan at autismallianceofmichigan.org.  Donations may also be made online to Gracie’s Dog Haven at https://www.graciesdoghaven.org/take-action.”