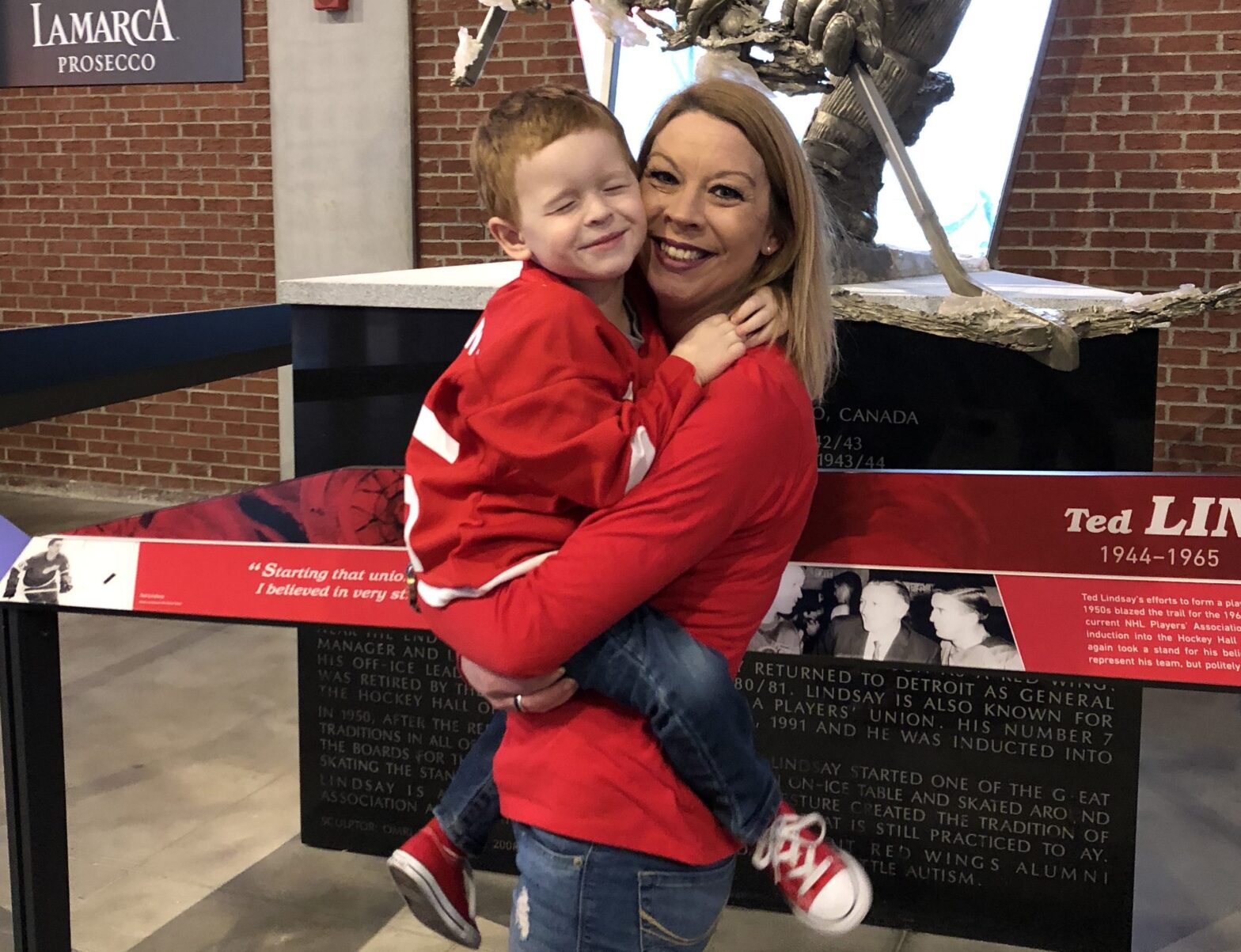 Each year, Niklas Kronwall donates 4 tickets to every home Detroit Red Wings game to families affected by autism. Dougie, one little Red Wing fan, was lucky enough to receive tickets this year. He has been a Red Wings fan since birth, thanks to his grandmother and this game just brought them even closer together! Here is Dougie’s story!

Dougie’s love for the Red Wings comes from his Ama (grandma).  Ever since Dougie was a baby, he would “cuggle” (snuggle/cuddle) up with his Ama and they would watch the games together.  He calls it his “date night with Ama”.  His mother and Poppa (grandpa) are not even allowed to “bother” them while they are watching their Red Wings play.  His favorite players are Niklas Kronwall, Henrik Zetterberg and Dylan Larkin, and in that order!  He says they are his favorite players because they are who his Ama likes…we think getting tickets from Niklas Kronwall personally might have helped sort this list as well! When anyone asks what the score of the Red Wings game is, Dougie knows just what app to go to on his Ama’s phone to check.

He loves all kinds of sports, he loves the Tigers and Pistons.  He’s still not sure what football team he likes, His mom is a Bears fan and his Dad likes the Lions, so Dougie can’t decide which one he likes best.  His mom joked “he will end up being a Packers fan just to make us both mad!”

Dougie was diagnosed with “high-functioning autism” when he was just 2 years old.  He was lucky to be able to get into Gateway Pediatric Therapy right away, and they worked wonders with him.  At that time he had a lot of behavioral problems, after attending Gateway for a year, he was able to transition into a “regular” school.  He is in Pre-K right now, and looking forward to “big boy” school in the fall.

After months of telling his mom they “had to go to the game tonight” and counting down to the game. Yes, Dougie had a calendar with the date of the game starred, Dougie and his family attended the Red Wings game on January 25th against the Chicago Blackhawks. Dougie said he enjoyed the game, but did not enjoy the score (the Wings lost 5-1).